An adopted dog knows better than anyone what it's like to be alone and abandoned, and then find a family that loves and cares for her. That's why Truvy's reaction when her human took in some orphaned kittens was the sweetest and most supportive one you could see. She adopted them herself as if they were her own kittens. A motherly instinct that is unquestionable.

“It's very funny, when I brought them in, she immediately was like 'Let me at 'em'. They are her babies (…) When I tried to do the feeding, I had to get her out of the room, she tried to lead me (…) When I let her come back, she would run, check them, clean them and smell them. She took possession of them. She takes that role very seriously (…) She will protect them, stand in front of them and push the other dogs out of the way. If another dog sticks his nose in there while she is cleaning the kittens, she will snap at them. She will give them a stern warning. They are hers.” – said his human, Kendal Benken, to The Dodo. 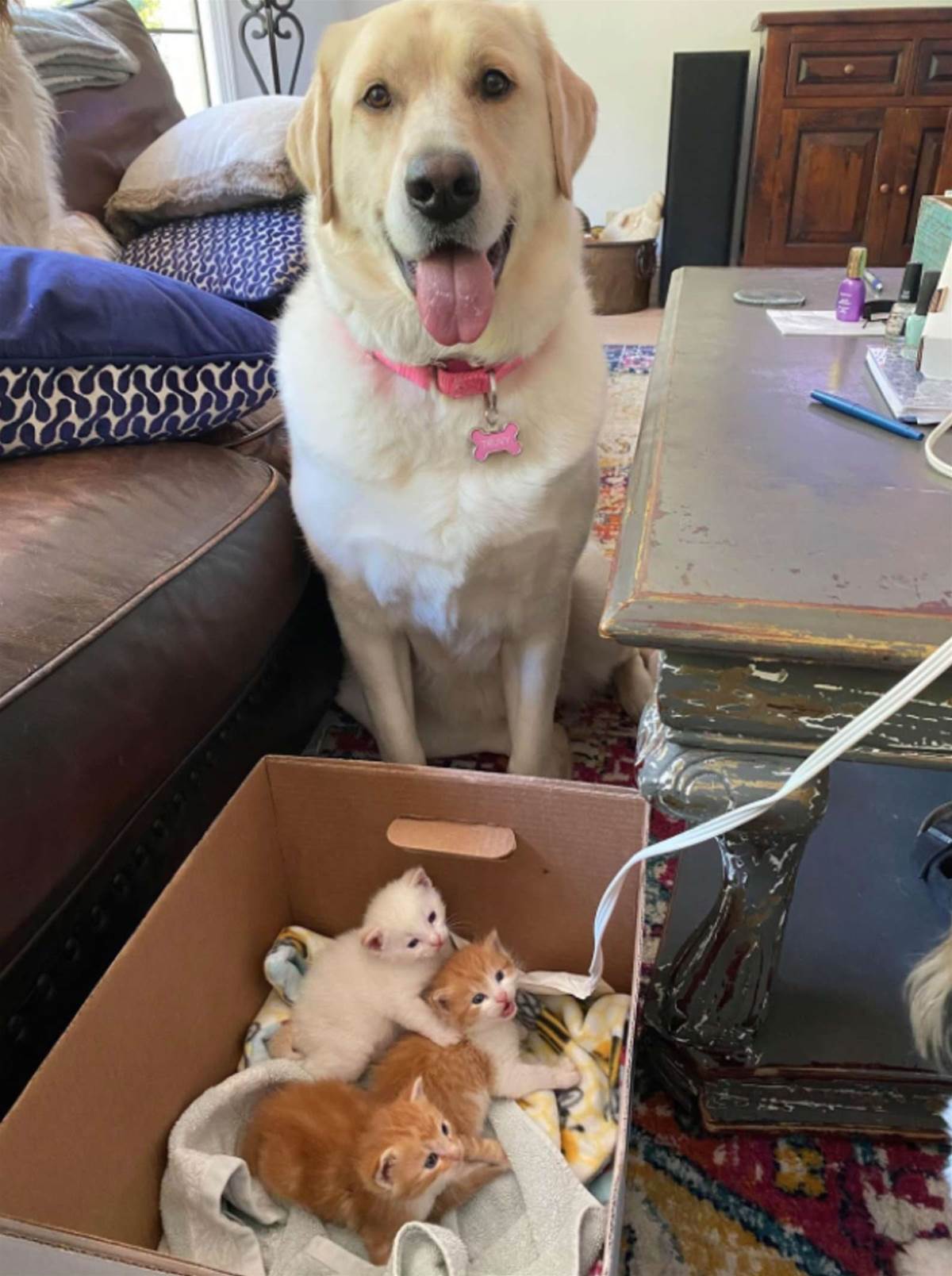 This started when her human saw an online publication about three kittens that required a 24-hour bottle feeding, which she offered to help immediately. Thus, the Jelly's Place animal rescue shelter in San Pablo, California, immediately approved Kendal's placement of these orphaned kittens. 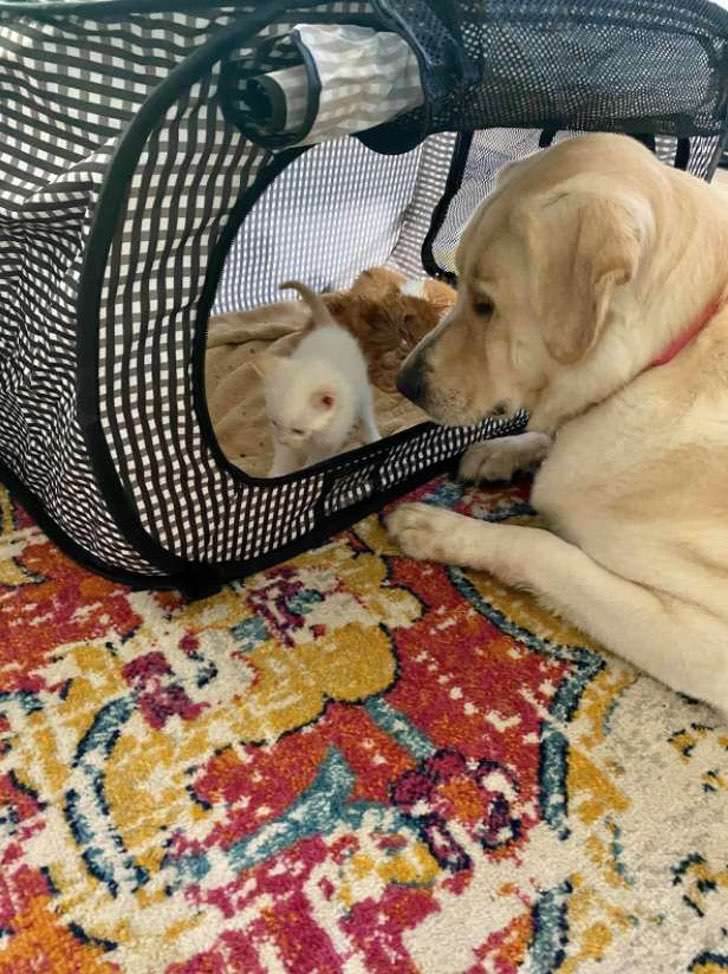 Truvy's reaction was so natural, so loving, that it really seemed like she gave birth to those kittens herself. She watches them every minute, and cleans them every chance she gets. She becomes jealous, even capable of pushing her own human away when she comes to feed them. 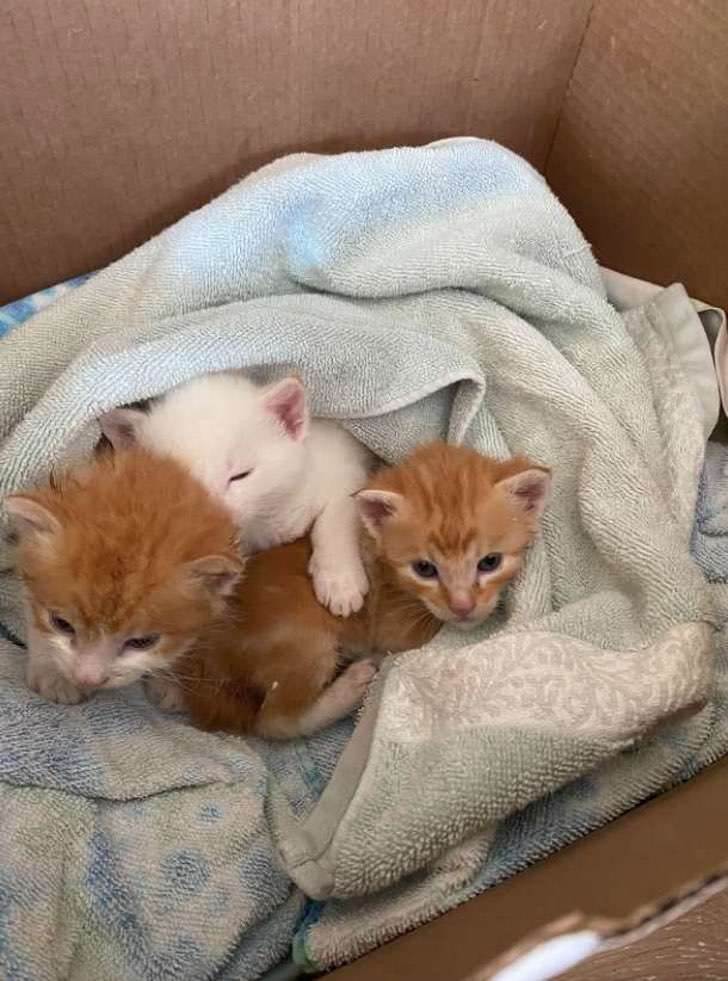 Kendal wonders if her dog is returning the favor they did for her. Because this two-year-old dog knows what it's like to have been a puppy and be in need of help. At five weeks old she was in a shelter in Texas, where Kendal found her. She raised her and cared for her until she regained her health after contracting parvovirus and being bitten by a snake. The bond grew stronger, and Truvy ended up being adopted. 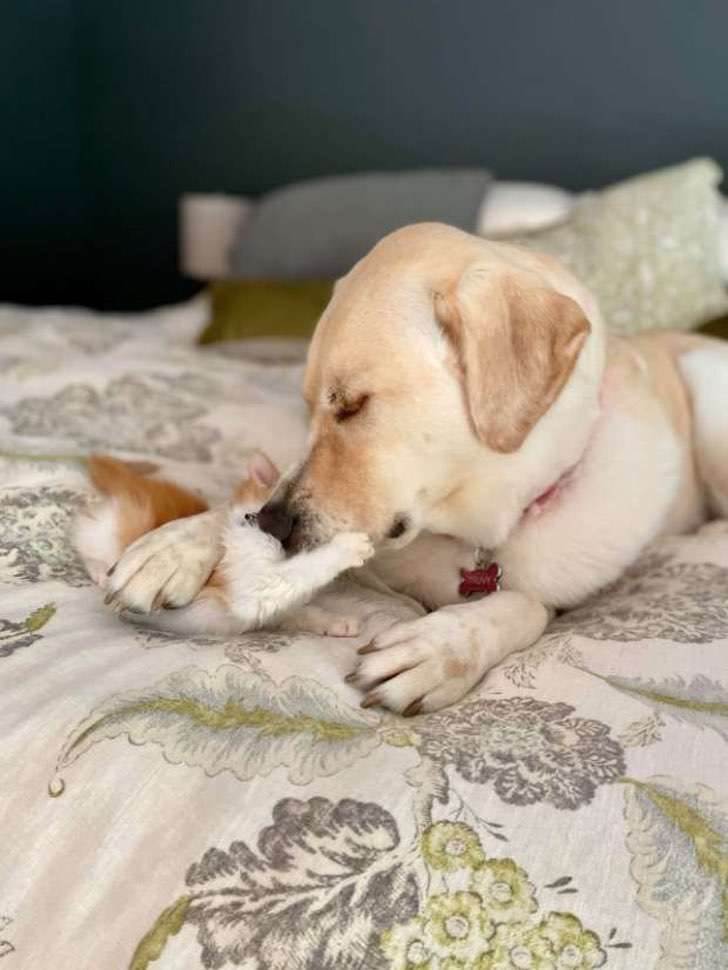 “She's always been good to the animals I've brought. She is extremely patient (…) I find it interesting that she has such a strong maternal instinct since she has never had puppies, she was spayed/neutered at 6 months of age. For some reason, she does. I think she is very sweet” – her human told. 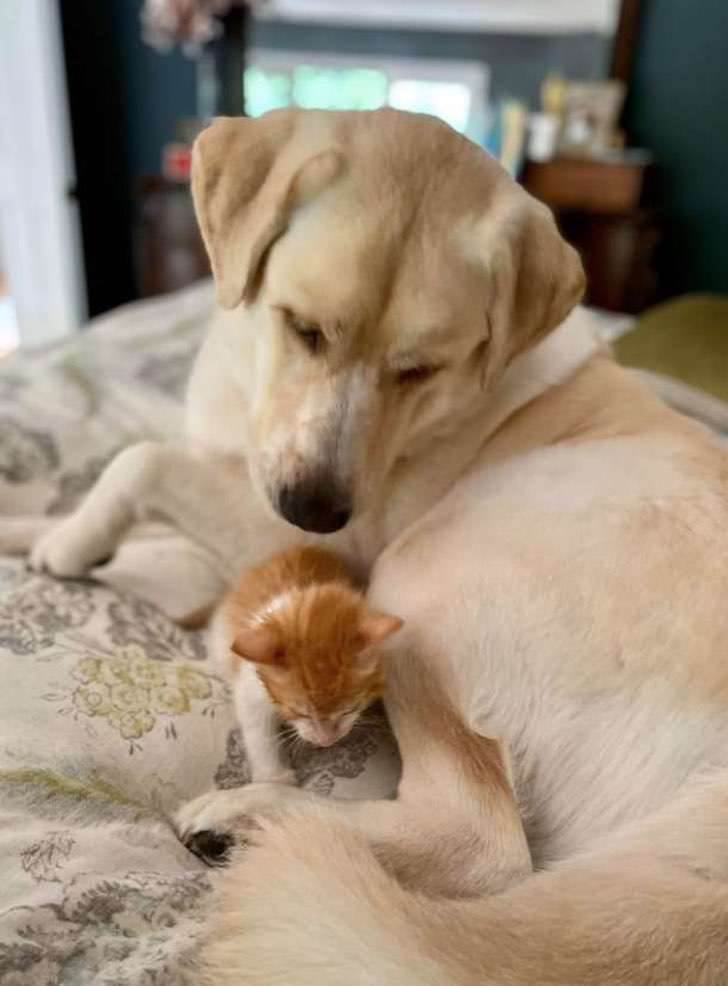 Truvy loves the kittens very much, which are three: Ed, Prissy and Lovie. "If I leave them, they'll cuddle all day," Kendal said. But soon these kittens will be adopted, and her human is worried about Truvy's reaction to seeing her beloved kittens go away forever. But Kendal promised to bring her another litter, which for her is a win-win, because Truvy is already an expert at caring for kittens. 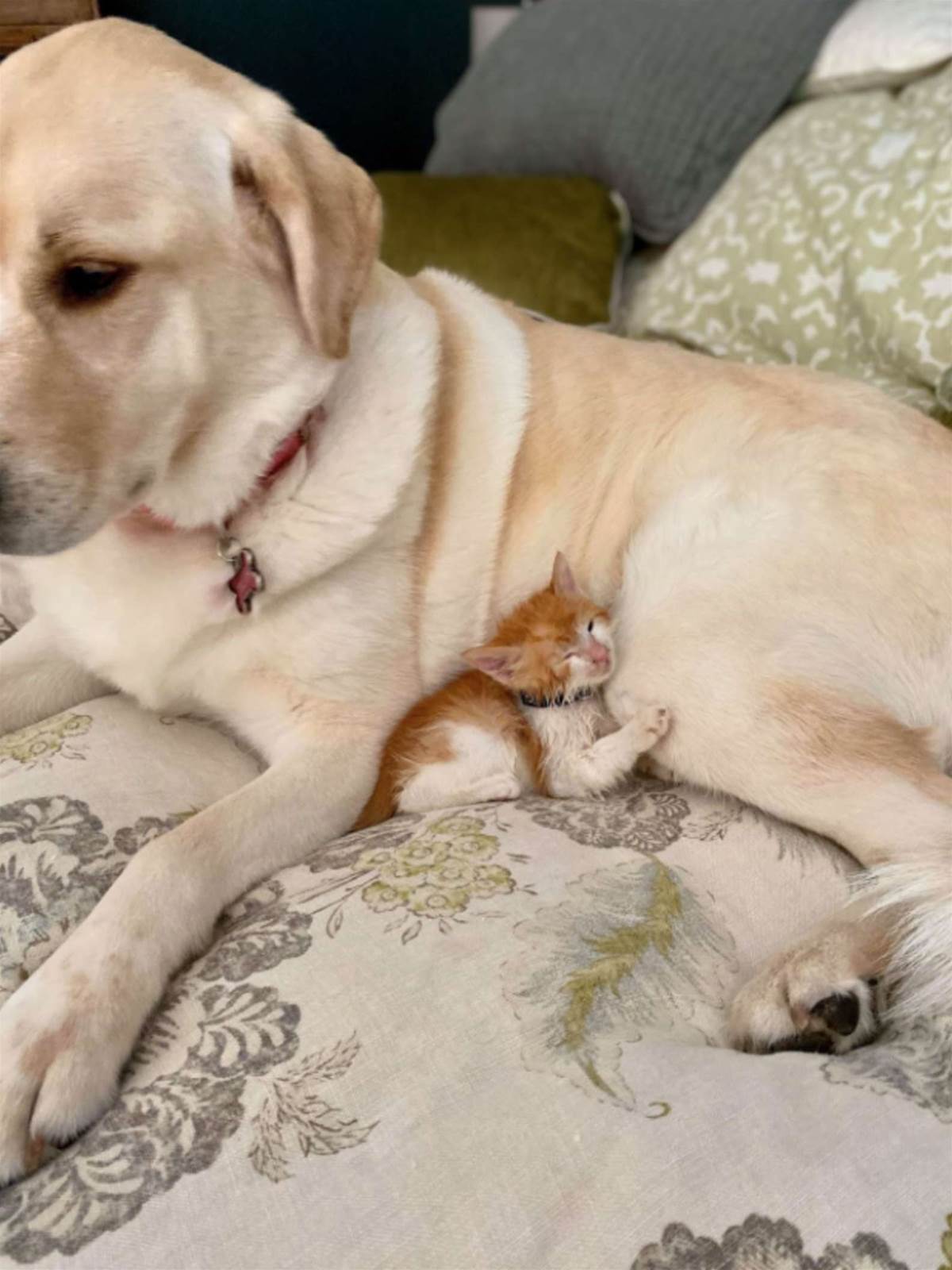