This is where the renowned photographer Prakash Badal went, and on his visit he came across a very moving situation: a pregnant dog about to give birth. Apparently she adopted a baby monkey, which had been orphaned after its mother was poisoned by some locals.

The artist's visit was more geared towards capturing birds with his lens, however, he could not pass up the opportunity to photograph this curious couple: 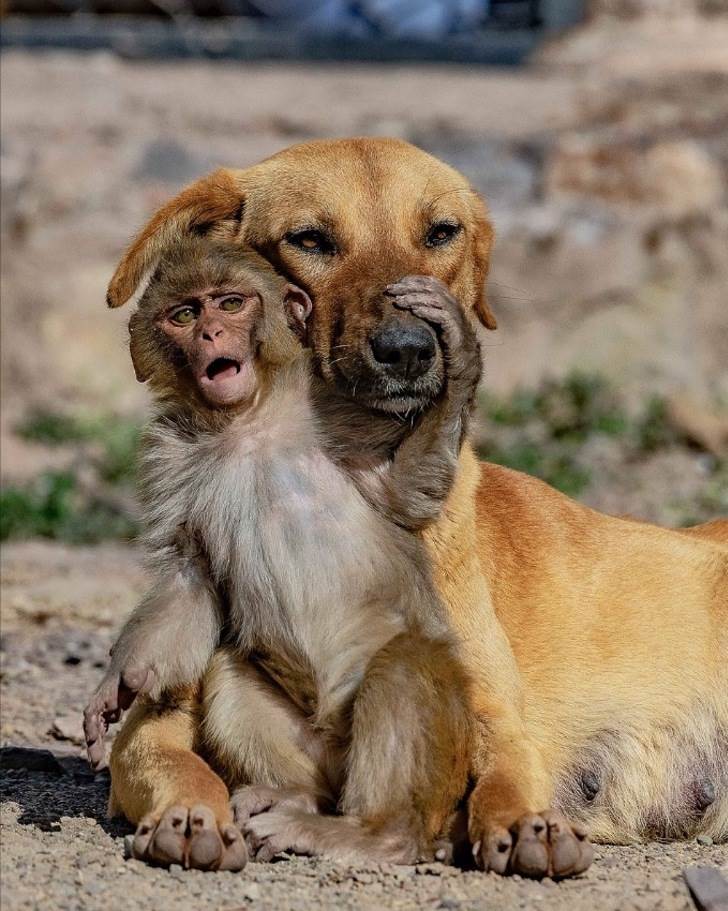 "The baby monkey seemed to be about 10 days old when the villagers poisoned the mother because they said they were destroying their crops. This baby survived and the dog adopted him," photographer Prakash Badal told DailyMail. 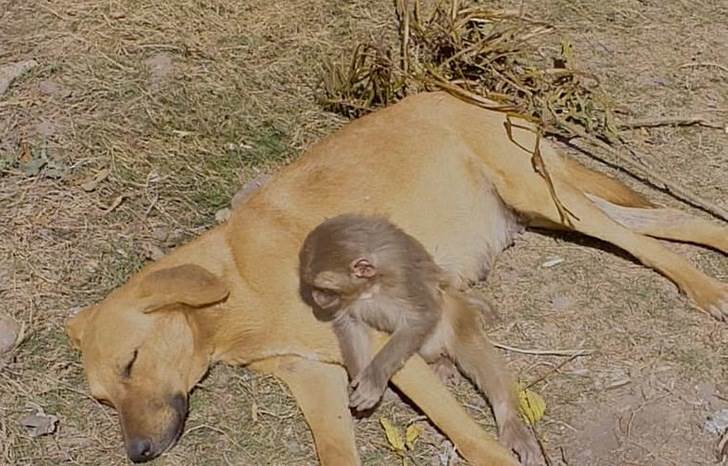 "Although sometimes there are conflicts between monkeys and dogs, a mother's relationship is more important. I felt that when the mother saw a baby that was very small and left alone and there was no one to take care of it, the maternal instinct took the initiative to adopt the little one, regardless of the fact that they were different species. This kind of relationship is a lesson for humans who have become selfish and kill each other because they are from another group or religion," the photographer said. 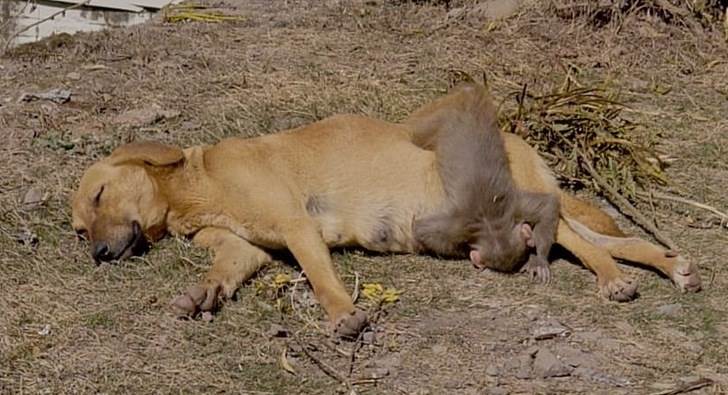 I especially like his final sentence. Sometimes we waste too much time of our lives fighting and arguing over problems that are not worthwhile, grudges that only manage to wear us down. It is also key to stop judging people, at this point in life many human beings suffer mistreatment because of their skin color, religion or any kind of beliefs. 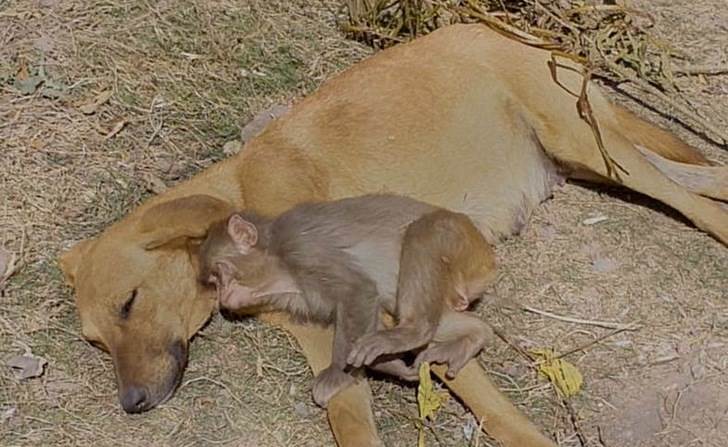 Let's learn from the animals, put aside our differences and focus on helping each other.