Finn Knudston is almost 2 years old and has a good reason for it. His best friend has four legs and sleeps on the floor of his room. And the surveillance camera shows that Finn is not able to separate himself from his boxer Brutus, not even for 8 hours.

In the lovely video, Finn is seen grabbing his blanket in the middle of the night, getting out of bed and joining Brutus on the rug to sleep together. Although Brutus barely moves, Finn tries to get comfortable, even if he has to use his friend as a pillow. His mother, Paige, says that "whether it's in the dog's bed, Finn's bed, or on the floor, the two always sleep together,” and the truth is, this is too adorable. 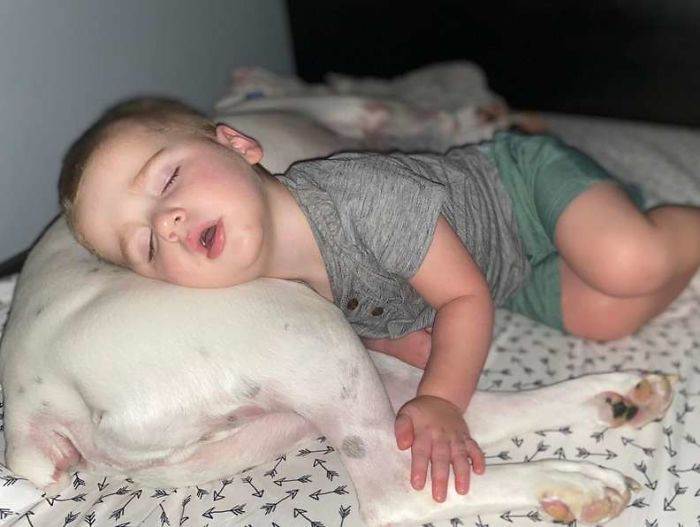 After mom found Finn all curled up next to the family boxer dog Brutus, she was intrigued to find out how it happened and set up a camera. The hilarious footage showed Finn clambering all over Brutus for over 5 minutes while the 4-year-old barely moved. 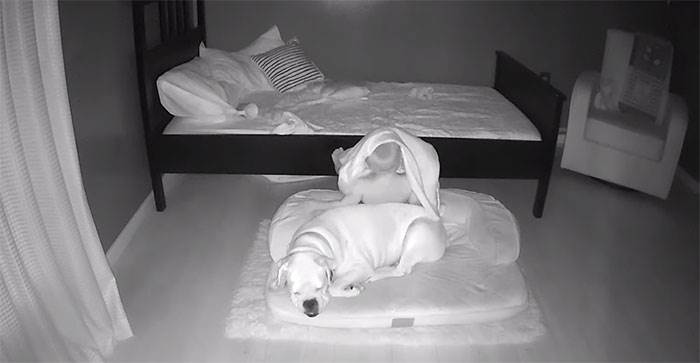 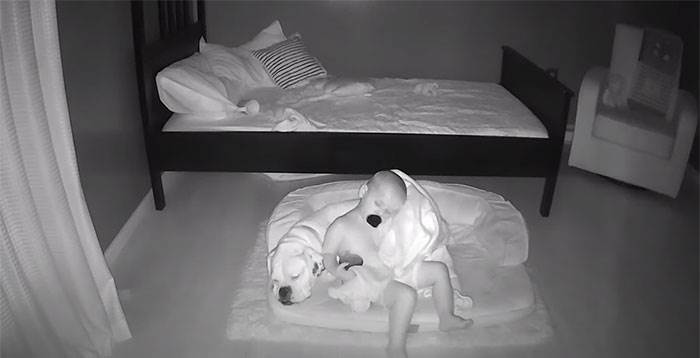 Paige, who's an emergency room nurse, said that Brutus has always slept with his little buddy because "he senses he needs extra protection.”

Paige explained that when she was 20 weeks pregnant with Finn, "the anatomy scan showed that he had a cyanotic heart defect called transposition of the great arteries." The family was very lucky to have found this out prior to his birth or "he would not be here with us today," she said. 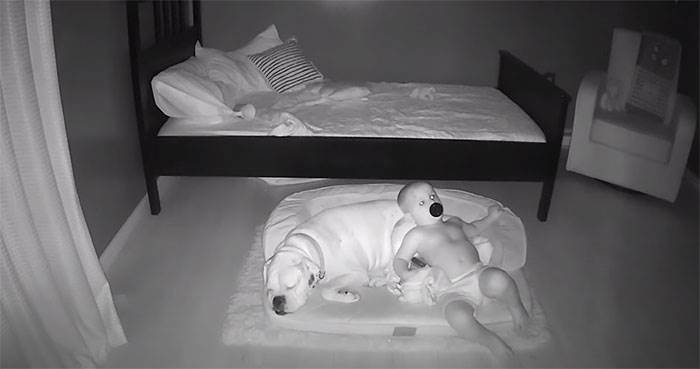 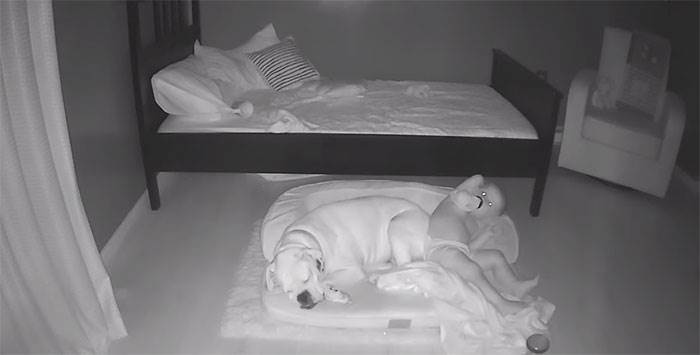 It took a path full of challenges for the little boy to finally be home with his family. "Finn had his arterial switch at 11 days old and did great and after seven weeks, a few unexpected complications, and an additional surgery," the boy was finally discharged from the hospital. Paige said that in that moment, "it was as if Brutus just knew Finn needed some extra close monitoring and he has been by his side ever since."