Over the years, I have had the privilege of reporting on many amazing pregnancy stories. I have witnessed miracles and written about triplets and quadruplets – I once even wrote about a mother who gave birth to eight children.

But the story that you're about to read must take the prize as one of the strangest pregnancy stories I have ever come across.

So hold on to your hats, because the story of this rare triplet pregnancy crosses all boundaries of what I thought was possible…

To become a parent is truly one of life's biggest blessings. Being able to share all your love with a baby, to see them grow up and explore the world for themselves, is something that's hard to describe.

Of course, it can be demanding, with little to no sleep and countless hours worrying over their health and safety. But in the end, it really doesn't matter, because they are our children, and caring for them is part and parcel of the job.

As a first-time mother, there are, of course, thousands of emotions that take over your body before it's time to give birth. A lot of things can go wrong during the initial weeks of pregnancy – but apparently, miracles can also happen.

To me, the concept of getting pregnant while pregnant sounds unbelievable, somewhat suspicious even. After research, however, I've come to realize it's actually possible. Extremely rare, mind, but it  happen. 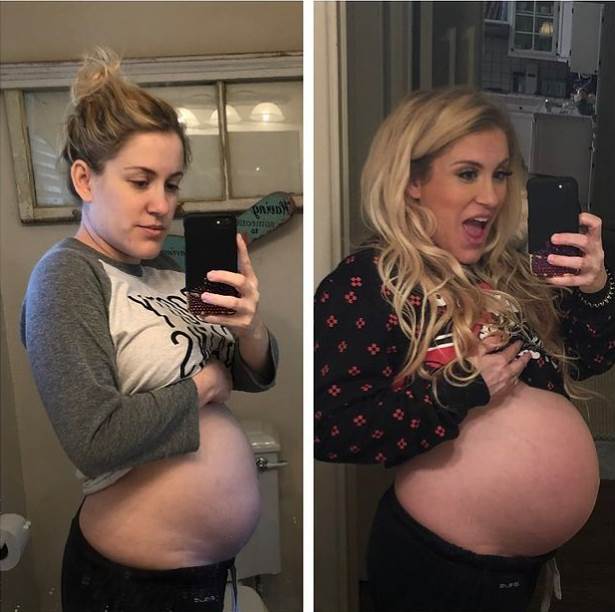 In virtually all cases, a woman's ovaries temporarily stop releasing eggs after she becomes pregnant, making it impossible for her to fall pregnant with another child. Yet there exists a rare phenomenon called superfetation, wherein another egg is released and also fertilized. According to New York Times, there are very few known cases of superfetation reported in the world.

When Charlotte, the mother in this story, became pregnant in the fall of 2020, she'd probably never considered that she could get pregnant during pregnancy. She was too busy buzzing with excitement because she had just received the news that she was expecting twins with her partner.

The happy couple went to the doctor, who explained that Charlotte had two babies in her belly. Yet after another doctor's visit, a truly incredible picture presented itself on her ultrasound.

"Most emotional day of my life!! Happy, scared, overwhelmed, blessed, shocked….. Once in a lifetime experience", Charlotte wrote.

Apparently, there was a third child in her womb! She was expecting triplets. 10 days after conceiving her twins, Charlotte ovulated again and conceived a third child!

"Your hormones are supposed to stop you from ovulating [after getting pregnant]. Mine did not," she explained in a TikTok video about the rare triplet pregnancy.

Suddenly, Charlotte's pregnancy had become something very unique, and she decided to document her journey on TikTok and Instagram.
At first, she didn't have a lot of followers, but as her stomach grew bigger and bigger, more people started to follow Charlotte and the triplets' journey, which she called Taming Triplets.

It was, of course, a shocking and bizarre situation to some extent – but Charlotte tried to stay positive. During her pregnancy, she kept a candid approach and did her best to spread awareness on triplet pregnancies. Charlotte really opened up and shared both the struggles and the happy moments with all her followers.